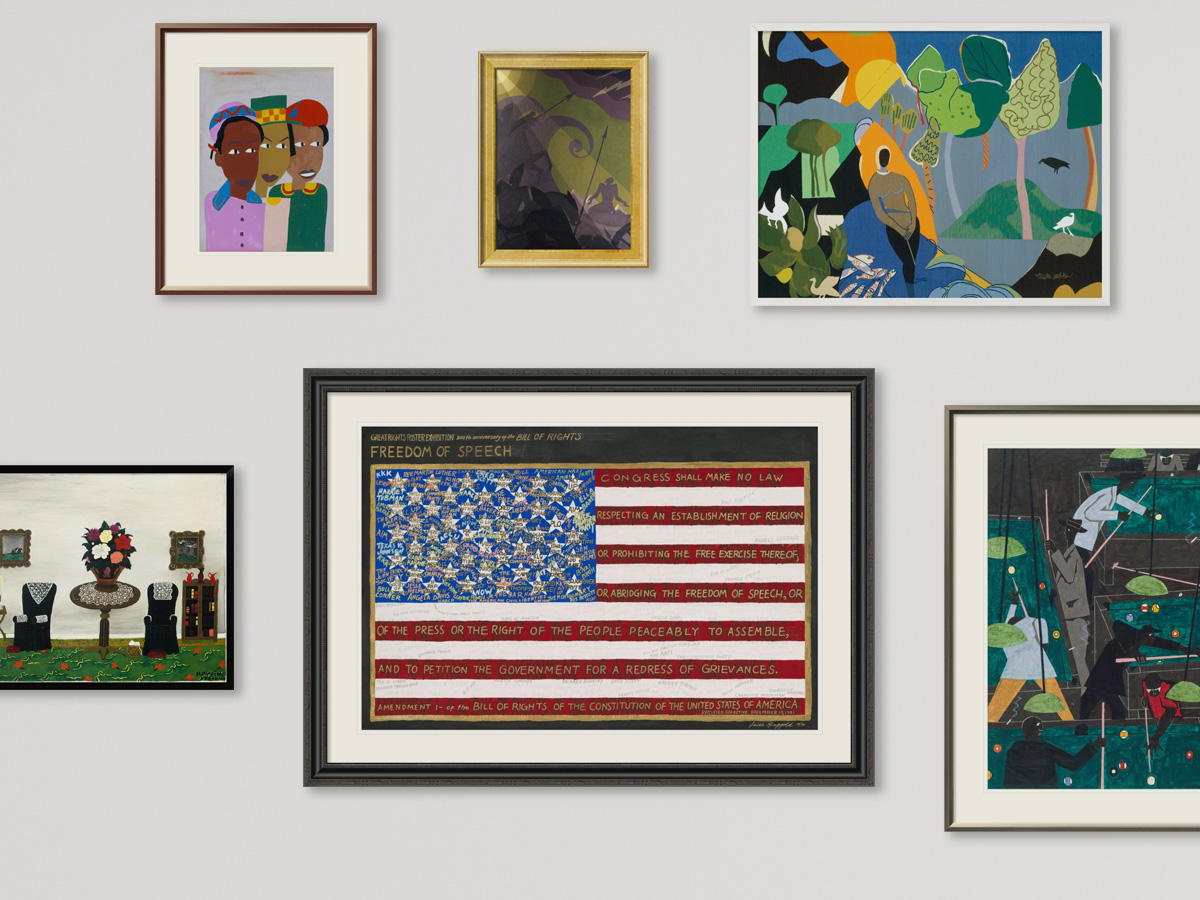 View, customize, and purchase works of art by African American artists from The Met's collection 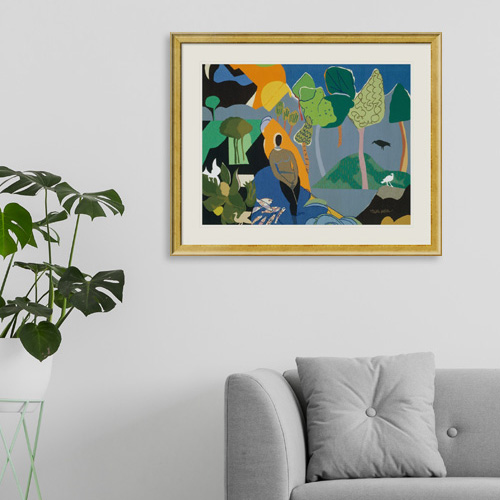 Bearden's Recollection Pond, on view for the first time at the Metropolitan, is a rare example of his work with textiles and was the result of his collaboration with Gloria Ross Tapestries, New York. The intensely colorful landscape—adorned with a beautiful woman, animals, birds, and fish—may recall the Caribbean island of St. Martin, where Bearden and his wife owned a home. 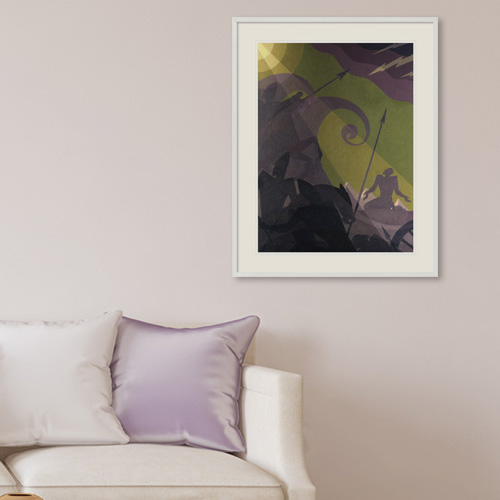 Douglas was the preeminent muralist and graphic artist of the cultural movement known as the Harlem Renaissance, the consequence of waves of talented Black artists, writers, intellectuals, and musicians who gravitated to Harlem throughout the early twentieth century. Many of them (or their forbears) had participated in The Great Migration, the mass migration of over six million Black Americans, mostly from the segregated and rural South of the country, who fled oppression and violence for greater opportunities and security in Northeastern and Midwestern cities.

After living in Europe for more than a decade, William Henry Johnson returned to the US in 1938 and created a number of images portraying the daily lives of African Americans. Johnson's aesthetic evolved dramatically over the course of his career—he was significantly influenced by Impressionism, Expressionism, Cubism, and naïve folk art, as is evident in the varied styles of his works. 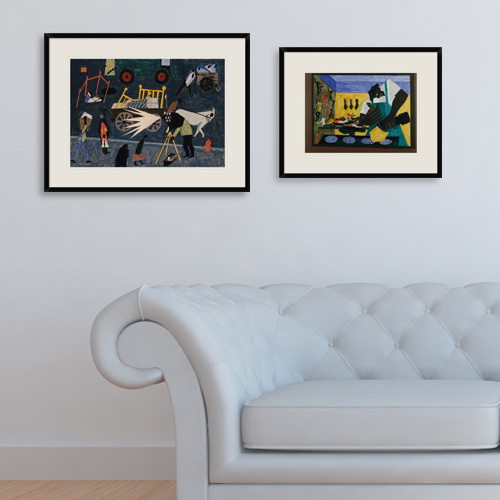 One of the only Black artists represented by a major New York gallery in the 1940s and 1950s, Lawrence was the subject of significant interest on the part of major museums, private collectors, and critics. Lawrence’s singular inclusion in the art world came with its own difficulties, however: his work often met reductive, if not outright racist, characterizations in the press.

Lawrence’s vibrant depictions of life in Harlem—in addition to his renowned series focused on prominent Black historical figures—have served as touchstones for innumerable other artist-activists such as Romare Bearden and Faith Ringgold. 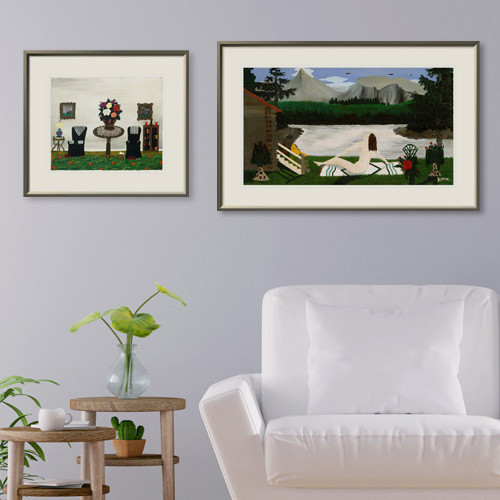 Pippin, a self-taught painter from Pennsylvania, started making art at thirty-seven. He came to public attention in the 1930s as part of a widespread fascination with self-taught artists. By the next decade, he was the most successful Black artist working in the United States. 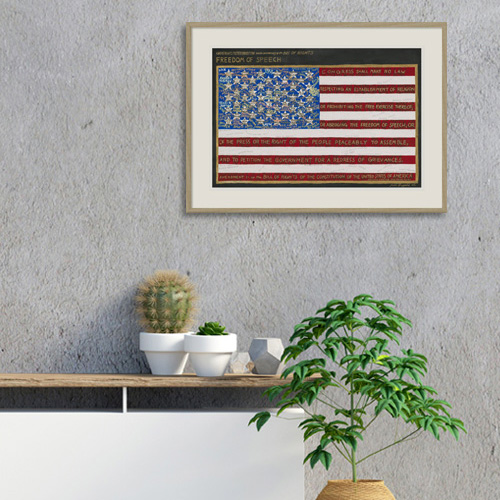 Since the 1960s Ringgold has used her art to address gender and racial issues in America and Europe. In Freedom of Speech, Ringgold painted the words of the First Amendment on the red stripes of the American flag. Over the stars and white stripes, she names individuals and groups who were perpetrators or victims of serious breaches of these freedoms, laying bare that across U.S. history, the country’s ideals put forth in the Bill of Rights and symbolized by the flag have not always been upheld by its government or its people.